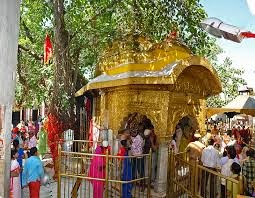 As you all well Known India and Himachal is also known many of different names like Land of festivals, Land of God and many more. The main reason behind these all name because in Himachal Pradesh you can see temples in every place and town and also people’s celebrating festivals in every single month. The peoples of Himachal Pradesh believe very much in god. There are many famous temples in Himachal and one of the most famous temple them is    Chintpurni temple that is situated in Himachal Pradesh state of Una District. It is located in Una district of Himachal Pradesh. Himachal Pradesh, the land of God is located in the northern region of India. This beautiful and eye catching temple is around 33 KM. form Una and dedicated to Mata Chinpurni Devi and Mata Shri Chhinnamastika Devi. This is also known as one of the Shakti Peethas in Himachal Pradesh. India is also known for its fairs and festivals and Religion or Pilgrimage Places. There are numbers of Pilgrimage Places in India. If you are planning to visit in India in your next vacations, never miss out these all the Pilgrimage Tours and many other attractive and wonderful or eye catching places.

History of Chinpurni Temple: - As per the ancient times records all the people believe temple is founded by Pandit Mai Das, a Saraswat Brahman. Before it’s this place is known also Chintpurni. His family still live in Chintpurni and complete prayers and puja at the Chintpurni temple.  In few years back his family are authorized priests at the temple. But last 2 or 3 years temple is undertaken by Government and now this time this temple is prayers by different priests every day as per the rule and regulations.
As be talk about connectivity of temples with other major cities around Himachal as well India. Then this temple is well connected thorough air, rail as well road.

Timing of Temple: - The timing of open and close of Chintpurni temple is differ according to session. I mean in winter and summer temple is opened and closed different times.


How to Reach Chintpurni Temple: - As I am talk about temple is well connected all the major ways including by Air, Road as well Rail.
By Air: - You also reach Chintpurni temple by air. The one of the closest airports are Gaggal that is nearby Kangra District. Another airports that is close to Temple in Amritsar and Chandigarh.

By Road: - This temple is also well connected with road. Here I am explaining some of the major routes of buses these are as below:
Delhi- Panipat- Ambala- Chandigarh- Anandpur Sahib- Nangal- Una- Amb-Mubarakpur-Bharwain- Mata Chintpurni. If you chose these rotes this is approximately 425Kms form the Delhi to Mata Chintpurni Temple. As per my personal experience me prefer to you this route. I think this is one of the major rotes with less traffic and world class roads apart form few odd patches.
On the other hand you can also choose Ambala to Ludhiana- Jallandhar- Hoshiarpur- Gagret-Mubarakpur-Bharwai-Mata Chintpurni for a little longer route through Punjab. This route is approximately 470km
There are also many other routes form Pathankot through Mukerian or Upper parts of Himachal Pradesh to the Bhawan, through Una, Kangra, Nehrian or Amb. 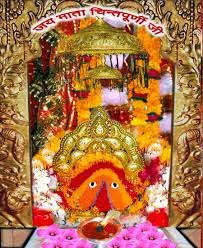 
Tourist Places:- Kangra is also famous for its attractions and high hill. There are numbers of places of attractions where you can spend your more over time that are bhagsunag waterfall, Dal Lake, Dhuladhar Ranges, Gaddi house, Kangra For…
Read more

Kangri Dham is one of the most popular occasional foods not even in Kangra district but around the Himachal Pradesh. This is also known as traditional lunch that is served in Kangra region of Himachal Pradesh in the traditional marriages of Himachal Pradesh. This particular occasional food is so popular most of us kangri’s, we frequently enjoy these Dham on every occasion arrange by our relatives, neighborhoods and others. Kangri Dham is cooked by Boti’s only who are Brahmin. As you can see below, this food is cooked in the special vessels and by using special masalas. The preparations for Dham begin a night before with the help of all neighborhoods. All the neighborhoods get together for cutting the vegetables such as potato, tomato, beans, Gobi and many others. In the Kangri Dham includes many yummy and species dishes including plain rice, Madra (Panner, Rajmah, Mukund Badi/ Sepu Badi, While Grams etc.) different kinds of pulses and one of the best and popular is Chane ka Khatta, Pa…
Read more

Hello... To all friends, I hope you all are very much aware about the Mata Ashapuri. Which is located at the top of the hill in tehsil Palampur (H.P) Himachal Pradesh. This is one of the very famous temples in district- Kangra. It’s comes under those temples which was built by Pandavas when they visit Himachal Pradesh during their “Ban-bas” time period. Distance from Palampur to Mata Ashapuri is 25 KM. It will take hardly 2-3 hours from Palampur to Ashapuri. There are also bus services or you can hire a Taxi from Palampur. On the way you can see The Ashapuri is surrounding with green hills, small rivers, small waterfalls etc which gives you full peace of mind and unbelievable journey experience. I’m sure if anyone will visit to Ashapuri he will never want to come back to his home, because it is situated on the top of hill so it will give you eye catching views which you will never see before. You will feel like the real Heaven on earth.

Why I am sharing this information with you, reason…
Read more